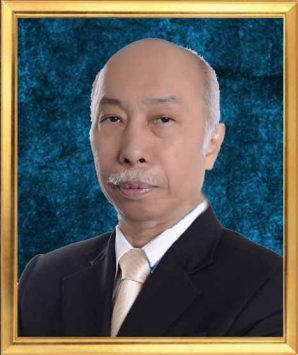 VP and the Chief Economist of the Wallace Business Forum

He holds a Bachelor’s and a Master’s Degree in Economics from UP Diliman. He has also attended specialized programs on international trade at the University of Sussex in UK and labor force statistics and manpower forecasting at the US Department of Labor in Washington, D.C.

He worked at the National Economic and Development Authority (NEDA), supervising a team that prepared and updated the macroeconomic framework of the Philippine Development Plans, prior to joining the private sector. His prior private sector stints were mostly as economist and industry specialist, such as in the Bank of the Philippine Islands and the former Philippine Asia Equities and Securities Inc. He also managed two USAID-sponsored programs in the 1990’s, namely the Small Studies Fund and the Pre-Investment Facility.

His Masteral thesis, “The Impact of UNCTAD Commodity Stabilization on Philippine Trade,” won the Philippine Economic Society’s Best Thesis Award in 1981; a book he co-authored, “Lungsod Iskwater,” received a special citation from the National Book Development Board in 2012 and was a Gintong Aklat Awardee for 2011.