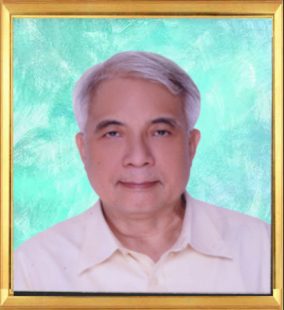 Celso B. Co earned his diploma as Electronic Technician from International Correspondence Schools of University of Pennsylvania in 1972. He obtained his degree of Bachelor of Science in Electronics and Communication Engineering (ECE) from the University of Sto. Tomas in 1977, Master  and Doctoral degrees in ECE from De La Salle University in 1996 and 2007 respectively. His expertise are  control system, fuzzy logic and neural network. He passed ECE licensure exam in 1977 and landed third place. He was a registered professional electronic engineer in the Philippines and was recognized as ASEAN and APEC engineer.  He worked for the Intel Corporation for 20 years. His notable accomplishments are expert system for equipment diagnostics and work flow logistic simulation and monte carlo method for tolerance analysis of device under test against test socket.

During his stint in Intel he was one of the major advocates of TRIZ in Intel and in Semiconductors and Electronics Industry in the Philippines or SEIPI. The major outcome was increased in number of patent applications among the member companies of  SEIPI.

He is currently one of the major advocates of strong linkages among academes, industries and government institutions.  He is working on the language and logic of TRIZ where he conducted analysis of opposing statements namely contradiction, contrary, sub-contrary, and sub-alternate.