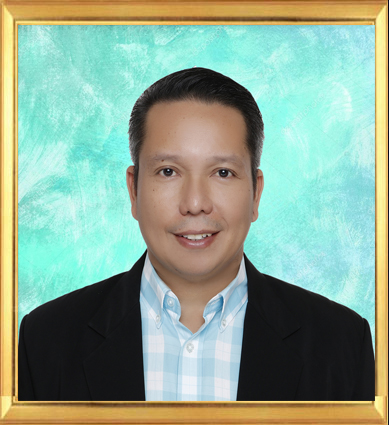 Dr. Patrick Azanza has more than thirty (30) years of experience in the fields of HRD, IT/business operations, management consulting, and school administration. He presently serves as President of Eclaro Philippines.

He started his career as a University Research Associate and Instructor at UP Diliman.  He later served as a Sociologist at the Manila Observatory, Ateneo de Manila University. He went back to UP and served as Chief of Staff of UP President. He was later appointed by the UP Board of Regents as the youngest Director of the Human Resources Development Office (HRDO) of the entire University of the Philippines System.

As an academic administrator, he served as College Secretary of the UP-School of Labor and Industrial Relations. He also held the positions of Chief Operations Officer  (COO); Senior Vice President for HRD and Academic Affairs; Chief Academic Officer; and Graduate School Dean at the AMA University and AMA Group of Companies. He is also the Founding President of Eclaro Academy.

For several years, he was a Senior Lecturer at the UP College of Education and an adjunct faculty at the UP-ISSI. He served as an Asian Development Bank (ADB) International Consultant for general management, HRD and marketing. He was a member of the Board of Directors of various private companies and organizations such as the British Alumni Association; Winace Holdings; Cosmotec Group of Companies; and TOFARM. He served as a Senior Consultant of the French Eiffel-Matiere Consortium and  the House of Representatives.

A prolific writer and a well-known educator, Dr. Azanza  has received numerous awards and recognitions. He is the youngest recipient of the Lingkod Bayan Award, the highest award given by the Office of the President of the Republic to outstanding civil servants. He was conferred the Distinguished UP Alumnus Award. He is listed in the Marquis International Who’s Who in Education. He is the founding President of the Philippine National e-Learning Association. He served as Secretary-General and Executive Director of the JCI Philippines (Philippine Jaycees). He has written seven books and more than a hundred articles/researches which were published in international and national journals and publications.

As a student, he was elected Chairman of the UP Student Council (USC) and the Alliance of All UP Student Councils otherwise known as the KASAMA SA UP. He was a Dean’s Lister and a straight UP Presidential Scholar for his AB Sociology, MA Sociology and PhD in Education. He also completed Juris Doctor from the UP College of Law.